I cannot believe it’s 2015! To say the end of 2014 was quick-clipped might be a bit of an understatement; it came at a neck breaking speed. There were more than a few moments I hit the “be present” button to fully appreciate what was happening around me, which meant many other tasks were pushed to side – including the time set aside to write and create here. But enjoying the holiday magic with my family and friends was well worth it.

Something that was put to the side, but I’m excited to share, were two photo sessions with my friend, Taylor, of Taylor Gage Photography. The first: a Sunday morning family photo shoot (Taylor wrote a really sweet post about it). It was the second consecutive year Taylor captured us on her camera. Luckily this year we didn’t freeze, the rain held off, and there was zero wind (unlike my head-shot day, which I’ll get to in a second). She made it so much fun and created little games for the boys to keep them interested in the task at hand: look at the camera and say “cheeeessssssse!” We couldn’t have had a better time running around Volunteer Park – and it felt like we had space to ourselves, minus the occasional jogger and dog-walker.

I love that Taylor caught sweet little moments I will always treasure.

The second one, my head shot session, was a very different story in terms of weather. It was a typical October day in Seattle: completely, totally unpredictable. Taylor and I met at a cafe, then headed over to Cal Anderson Park. We settled into the first shot and a crisp breeze cut through. We joked about having our very own Beyonce stage fan to give me a little wind swept look – and the laughing helped me relax. (I have a really hard time being the solo subject even with a good friend taking pictures.)

As I was sitting on the bench, two park locals – for lack of a better term – gave a few words of encouragement. (Yay! City life rocks!) Trying to be nice, I smiled and thankfully Taylor moved us right along. As we settled into the next shot, nature’s Beyonce fan went from an easy wind swept look to full, wild gust – and with it, the temperature dropped to a crisp chill. Leaves flew around, wrappers floated everywhere, and we covered our eyes to avoid having something fly into them. When it was finally done, Taylor helped me sort my hair – including pulling leaves out of it – and started clicking away. A little later, another park local let me know I should look to the right and tilt my chin slightly down while looking at the camera; which, of course, I followed to a T. This shoot was turning into a fantastic, comical adventure.

By the time we made our way back to the cafe and sat down, it was raining. The quick changing weather – the dropping temperature, the fierce Beyonce wind, and the off/on sprinkles, which eventually turned into rain – along with the peanut gallery who acted as the shoot’s creative crew made for a fun, memorable experience. By the way – all of this happened in ONE HOUR. Looking at the photos, Taylor’s amazing skill made it look like a fabulous, relaxing day at the park. I have great photos for work purposes (like this, this, and this), and plenty of shots of me laughing – which I love. 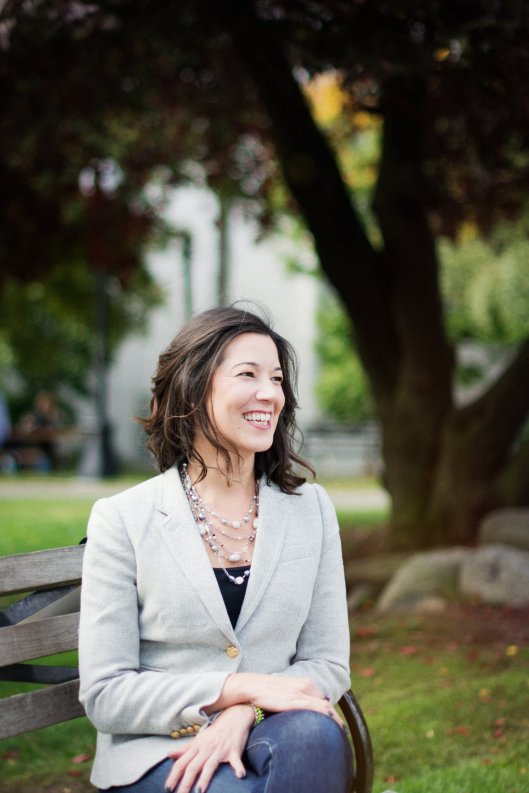 Chatting with the park locals; they’re just off camera.

About two seconds later, there was a huge gust of wind, complete with fall foliage in my hair.

I couldn’t stop laughing shortly after receiving direction from a park local. Good times are always had with Taylor. Good times.

Before I wrap up, I need to give huge THANK YOU to Taylor! I always love having the time with her and her camera. Also a shout out to DJ and Abby at the Downtown Gene Juarez for doing my hair and make-up (respectively) for both shoots. They did a flawless job and everything held up perfectly – even in the crazy weather! Thank you so much ladies!!

And thank YOU for letting me share these – and welcoming me back from my holiday hiatus. It was much needed time – and well spent – with my loved ones before life starts traveling once again at unbelievable speeds. Hope you have a wonderful 2015, filled with inspiration and gratitude – and moments of hitting the “be present” button.

5 thoughts on “Camera One. Camera Two.”

What say you? Cancel reply

Thank you so much for visiting! Sparrow Soirees' blog, the Sparrow's Nest, is a mixture of inspirations, muses, & whatever tickles my fancy. Cheers!
Follow The Sparrow's Nest on WordPress.com

A big thank you to the sponsors and affiliates who help make this blog happen! And thank you, kind readers, for supporting these collaborations!